What are Legally Sufficient grounds for Divorce in Ohio?

Divorce is purely a matter of statute and each of the acceptable grounds for divorce in Ohio are fixed by statute. This means that you and your spouse cannot simply list whatever reasons you personally have for wanting the divorce in your Pro Se complaint and have the Court accept them. Rather, your complaint for divorce must list one or more legally sufficient grounds, enumerated under the applicable statute, and put on evidence of that ground at the hearing.

So, what are legally sufficient grounds in Ohio? Generally, any of the following will suffice:

1. Either party entering into a bigamous marriage

2. Willful absence of the adverse party for one year

5. Fraudulent contract (marriage is a contract, after all)

6. Any gross neglect of marital duty

8. Imprisonment of the adverse party in a state or federal prison when the petition is filed with the Court

9. Procurement of a divorce outside Ohio, by a husband or wife, by virtue of which the party who procured it is released from the obligations of the marriage, while such obligations remain binding upon the other party

10. On the application of either party, when husband and wife have, without interruption for one year, lived separate and apart without cohabitation

So there you go, now you know that “he is a jerk” will not suffice as legally sufficient grounds to state in your complaint. You must plead and prove one of statutorily enumerated grounds established by the Ohio Legislature to obtain a divorce.

Do Grandparents Have the right to visit their grandchildren in Ohio?

Under current Ohio law, grandparents are permitted to petition the court for visitation rights with respect to their grandchildren. One would think that such a petition would not be necessary, but, unfortunately, more than we would like to think grandparents are prevented from seeing thier grandchildren. Quite frequently, grandparents turn to the courts in order to have the opportunity to spend time with their grandchildren. This often comes up as a problem when a couple divorces and whomever is chosen as the residential parent does not want his or her former in-laws to visit the children. Therefore, grandparents need to be aware that if the Court finds that it is in the child’s best interest to have visitation with his or her grandparents, they do have legal recourse. However, it must be noted that the Court is required to give some special weight to the wishes of the parents as to whether the grandparents are granted the right to certain visitation with the children. This does not mean that the parents wishes control the Court’s decision, but that if the parents feel strongly against visitation, the court must consider that fact. But even if the residential parent does not want to allow the visitation, the Court can , and often does, grant the visitation if it is in the best interest of the child. There are specific stautory provisions that cover the visitation rights of grandparents in Ohio, so you should seek the advice of counsel to determine if your case is worth pursuing. 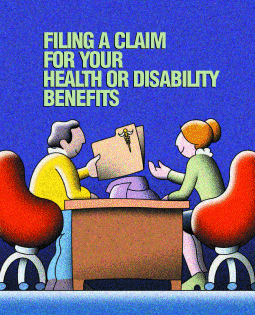 There are often basic questions about Social Security Disability benefits, so we have decided to answer just a few of them here.

Q 1. What does it cost to hire an attorney?
A 1. Nothing. Our firm does all SSD cases on a contingency basis. We take a percentage or pre-determined amount (determined under Statutes) of the back-pay you are awarded. If you are not granted SSD benefits, then we do not collect anything.

Q 2. Is there a difference between SSD and SSI benefits?

A 2. Yes. SSI is usually reserved for those individuals with very low incomes, and/or those that have not worked long enough in order to earn SSD benefits.

Q 3. How do I prove SSD eligibility if I do not have the money to visit a doctor?

A 3. This is one of the hardest issues for SSD applicants. On the one hand they are not working because they are disabled, and therefore, they do not have health insurance that allows them to visit a doctor. On the other hand, it is harder to prove SSD eligibility without documentation from treating physicians. Those that believe that they are eligible for SSD benefits ought to see a doctor as much as they can in order to build the strongest case. However, if you previously worked and had health insurance which allowed you to visit a doctor, we can use those records to prove your case. Check with our office and we will help determine the best course of action you should take.

Q 4. How long does it take to start receiving my benefits?

A 4. This is the hardest part for many applicants to understand. The SS offices are very overworked and any given case can take 1-2 years. However, if you never start the process, you will never receive benefits. it is better to get benefits in 1-2 years than not at all. You need to come into our office ASAP so that we can begin the process on your behalf.

We hope this answers some basic questions for now. We will post more common questions and answers in the near future.

Often, married couples that are divorcing want to make the process as quick and painless (and inexpensive) as possible. They have come to some sort of agreement as to division of real and personal property, alimony amounts (if any), who they want to be the residential parent, and so on. But, just as frequently, divorcing couples cannot come to an agreement as to one or more of the above issues. In the latter case, this would be a contested divorce. When the divorce is contested, attorneys first work to resolve these issues by way of settlement in order to avoid a trial.

However, many times couples are so at odds with one another that nothing is negotiable and a trial is the only way that a resolution to one of the common issues can be reached. The trial is not unlike a criminal trial in that witnesses will be called to present testimonial evidence and documents will entered as exhibits to prove whatever the party introducing the evidence wants to prove (e.g., that a retirement account or home should not be considered maritial property).

Because a contested divorce can go to trial, one must be cognizant of how many courts differ in the trial process. In short, trial processes are very county-specific and it is important to be familiar with the Court’s local rules and customary practices. Some counties require several “pre-trials” beforehand and ask for several formal statements to be submitted to the court and filed with the Clerk of Courts ahead of the pre-trial or trial date. Some courts require the parties to submit to mediation before a trial is finally conducted, while other counties do not provide a mediation program for Domestic Relations matters at all. In other words, A divorce action in Greene County, Ohio can differ dramatically from a divorce action in Montgomery County, Miami County, Warren County or Butler County, Ohio. Familiarity with the judges and the court-specific rules can really help divorcing couples avoid a long and protracted divorce action and help make the entire process easier to meander through and more cost-effective for all involved.

Child Support in Ohio – How can I have the amount adjusted if I can no longer pay the current amount?

Child Support in Ohio is established by statute and is based upon a standard formula. Only in rare cases does the Court deviate from the amount that the formula prescribes for the divorcing couples’ situation (if the divorcing couple makes a lot of money or very little money combined, the Court has the power to ignore the prescribed formula and establish an amount itself). This formula is useful and may be fair at the time of the divorce decree, but many clients want to know what happens if circumstances change such that the amount of child support is too much or too little a few years down the road. For example, maybe the father has lost his job and can no longer pay the amount originally set-down in the divorce decree. Or, say the wife wins the lottery and now has a better financial position than she did when the couple divorced. Well, a child support obligor can ask for an Administrative review of the child support amount (through the Child Support Enforcement Agency) and ask that it be reduced based upon a change of circumstances. Or, the obligor can file a motion with the Court (as a post-decree motion) and ask that the Court modify the amount based upon the change in circumstances. If the Child Support Agency (CSEA) declines the obligor’s request for a modification downward, he can appeal that ruling to the Court afterward. So, in short, if you are a current child support obligor and you feel that based upon a change in circumstances, the amount you are paying is no longer appropriate, there are avenues to pursue where you might have it reduced. Speak with an attorney about whether you can have your child support reduced (or increased) and how best to go about it.