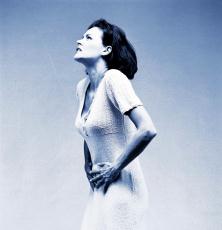 Crohn’s disease affects about 600,000 men and women in the United States and Canada alone. Currently, there is no pharmaceutical or surgical cure for Crohn’s disease. Instead, all existing treatment is geared toward controlling symptoms, maintaining remission and preventing relapses.

Crohn’s disease is a type of inflammatory bowel disease (IBD). Crohn’s is also known as granulomatous enteritis or colitis or regional enteritis. Crohn’s primarily causes breaks in the lining of the small and large intestine, but it can affect the digestive system at any point from the mouth to the anus. In severe cases, bowel obstructions and perforations may occur.

Symptoms of Crohn’s include abdominal pain, diarrhea, fever, loss of appetite, and weight loss. These symptoms tend to fluctuate between periods of rest and activity so they may not always be present or as severe. It can be difficult to diagnose the disorder as symptoms are similar to other intestinal disorders such as irritable bowel syndrome.

Flare-ups of Crohn’s disease are treated with drugs such as antibiotics for infections and anti-inflammatory drugs to control inflammation. Severe Crohn’s cases may require multiple surgeries to control or maintain remission of the disease.

Social Security does consider Crohn’s disease to be a significant impairment that may prevent an individual from performing substantial gainful activity. Given this, it is possible for a person to receive disability benefits on the basis of Crohn’s disease alone.

Social Security evaluates Crohn’s disease using the disability guidebook impairment listing 5.06 Inflammatory bowel disease (IBD). To qualify under the IBD listing, you need to have a diagnosis of IBD, plus a listed complication, such as untreatable anemia, a bowel obstruction, an abscess or fistula, significant, unintentional weight loss (of more than 10% of your body weight), or a tender abdominal mass with pain and cramping.

As is almost always the case, if you do not have one of the requisite complications, you can also qualify if you can show that your symptoms make it impossible to work your prior job, and that with your job skills and education, there are no other types of jobs you could learn to do that you would be capable of doing.

If you think you may be entitled to Social Security Disability benefits and have questions, call The Law Offices of John T. Nicholson at 1-800-596-1533 for a free consultation today.