Can I receive Medicare or Medicaid benefits at the same time as I receive Social Security disability benefits? 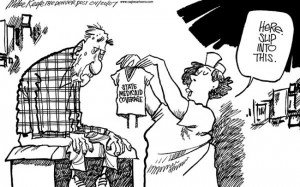 The Centers for Medicare & Medicaid Services (“CMS”) has administrative responsibility for Medicare and Medicaid. Medicare is
a national health insurance program serving U.S. citizens (and permanent residents) who have reached at least age 65, as well those younger than 65 who have certain disabilities, permanent kidney failure or amyotrophic lateral sclerosis (“ALS,” commonly known as Lou Gehrig’s disease). Medicare comes in four types.

1. Part A (hospital insurance). Medicare Part A helps to pay for the cost of inpatient care in hospitals and skilled nursing facilities—including care in critical access hospitals, but excluding custodial and long-term care in nursing facilities. Although the other types of Medicare usually require payment of a monthly premium, payroll taxes and self-employment taxes cover premiums for Medicare Part A in most cases.

2. Part B (medical insurance). Medicare Part B helps to pay for the cost of doctors’ services and outpatient care; in addition, it helps to pay for the cost of some of the services provided by physical and occupational therapists, as well as some of the cost of home health care. Those whose Medicare Part A premiums are covered by payroll or self-employment taxes may enroll in Part B. Coverage under Part B generally requires payment of a monthly premium.

Medicaid is for those with low incomes, which is jointly funded by the federal and state governments. The program offers coverage to children, those with certain disabilities and the elderly. Eligibility requirements vary by state, but a financial means test is usually required. For residents of Ohio, the state has its own rules for Medicaid eligibility.

The Social Security Administration runs two programs that provide disability benefits: Social Security Disability Insurance (“SSDI”) and Supplemental Security Income (“SSI”). SSDI provides benefits to insured workers with disabilities, or in other words, those who: (1) have been employed for at least five of the last ten years; (2) have paid FICA (“Federal Insurance Contributions Act”) taxes; and (3) have a “disability” as the Social Security Administration defines the term. A disability, for purposes of Social Security, is a serious medical condition that lasts (or has lasted) for more than a year and prevents someone from being gainfully employed. In addition, SSDI will provide benefits to the disabled children of insured workers, so long as the children became disabled before they reached the age of 22, as well as to the disabled surviving spouses of insured workers who have died.

SSI, on the other hand, pays benefits to disabled adults and children who have little or no income, or other financial resources. The program also provides benefits to adults without disabilities who are age 65 or older and whose financial means fall within the applicable limits.

Eligibility for Medicaid often varies according to state law. In Ohio, children up to age 19; families with children under age 19; pregnant women; those with disabilities; and those over age 65 are eligible to receive Medicaid benefits if they meet certain financial requirements. Ohio residents under 65 who qualify for Medicaid can receive SSDI benefits, as well, if they qualify for SSDI under the rules of the Social Security Administration. Those over age 65 are usually not eligible to receive SSDI benefits.

Medicaid and SSI are similar programs inasmuch as they serve those with limited financial means. Ohio residents who have qualified to receive SSI benefits under the Social Security Administration’s rules can also qualify to receive Medicaid benefits if they qualify based on the rules established by the Ohio Department of Job and Family Services.

Although the receipt of benefits through all four of these programs is technically possible, the eligibility rules can be complicated—especially for receiving benefits from multiple programs at once. Furthermore, applications for disability benefits are often denied at first. If you think that you might be eligible to receive Social Security disability benefits, or if your application for benefits has been denied, then you should speak with a lawyer, like John T. Nicholson, who focuses on Social Security law.