Bankruptcy and Divorce Lets take the following hypothetical situation: Ryan and Lauren are married but soon to be divorced.  Ryan is planning on moving from the marital residence in Miamisburg, Ohio, to Tennessee with his new girlfriend Jennifer.  Lauren has already...

END_OF_DOCUMENT_TOKEN_TO_BE_REPLACED

THE TIMING OF THE CASE WLL VARY DEPENDING ON SERVICE OF PROCESS AND THE COURT’S DOCKET: If you are the Plaintiff (filing for divorce first), you must first “perfect service” of process and the court summons on the other party (Defendant) before the court (Greene,...

END_OF_DOCUMENT_TOKEN_TO_BE_REPLACED

Montgomery, Greene, Clark, and Warren County Ohio: Divorce Fact 8/10: When Minor Children are involved you must attend a seminar

WHEN MINOR CHILDREN ARE INVOLVED YOU WILL NEED TO ATTEND A SEMINAR: If the case involves children, Ohio law mandates that both parties attend a parenting seminar prior to the final hearing.  The purpose of the seminar is to educate both parents as to how children are...

END_OF_DOCUMENT_TOKEN_TO_BE_REPLACED

YOU WILL NEED A WITNESS IF YOU ARE THE PLAINTIFF IN AN OHIO DIVORCE ACTION:  If you are the Plaintiff in Montgomery, Greene, Clark, or Warren County Ohio (filing for divorce first), you will need to have at least one Witness with you at the final divorce hearing that...

END_OF_DOCUMENT_TOKEN_TO_BE_REPLACED

DIFFERENCE BETWEEN A CONTESTED AND AN UNCONTESTED DIVORCE IN OHIO: INCLUDING MONTGOMERY, WARREN, AND GREENE COUNTY: A contested Divorce is one where the Defendant files an Answer to the complaint for divorce.  The Defendant could also file a counterclaim for divorce...

END_OF_DOCUMENT_TOKEN_TO_BE_REPLACED

Can I Leave the State with my Child?

Often, people want to know whether they can leave the state with their child during or after a divorce.  Like many answers to legal questions, a good attorney will tell the client, "it depends."  Here is a very brief overview of the law and considerations. Prior to...

END_OF_DOCUMENT_TOKEN_TO_BE_REPLACED

Are Gay and Lesbian Couples Disadvantaged When Seeking Custody in Ohio?

Gay and lesbian couples are often concerned that there “non-traditional family” will be a disadvantage in custody decisions. While technically this issue is never to be determinative of custody disputes, lest the Court violate the Equal Protection Clause, many gay and lesbian couples feel that their sexual orientation played a role in the ultimate disposition of the Court. Putting aside potential biases of certain judges, there is at least one case that seems to lend credence to those concerns. In 2008, the Second Appellant District in Clark County decided a case by the name of Pace v. Pace in which the Court specifically stated that a homosexual relationship of a mother caused adverse affects to the minor children and warranted a change of custody from that mother to the father. The facts of that case can be summarized as follows:

Four years after the mother was designated the residential parent of both children, the father filed a motion to modify the allocation of parental rights and responsibilities. The common pleas trial Court granted the father’s motion and awarded him custody. The appellate court held that the common pleas court did not err in finding that a change of circumstances occurred as there was evidence that, as a collateral result of the mother’s relationship with her same-sex partner, both children had experienced personality disorders, and therefore, modification of custody was in the children’s best interest. The court determined that the adverse collateral effects of the mother’s relationship with her partner and the partner’s role in the children’s lives showed little room for improvement in the future.

While the Court was careful to say that it was not basing its decision on the simple fact that the mother was a lesbian, but rather the collateral affects that her relationship had on the children, it should give pause to the gay and lesbian couples fighting for custody. This is something to keep an eye on in the future as more and more gay and lesbian couples fight for custody of one of the partner’s minor children. For more information on this and other issued, talk with John Nicholson, an attorney specializing in, and fighting for, gay and lesbian rights.

END_OF_DOCUMENT_TOKEN_TO_BE_REPLACED

In the first installment of what is planned to be a series on dividing retirement / pension benefits during a divorce property settlement, we look briefly at the basics of dividing retirement and pension plans between spouses. The parties’ respective retirement benefits is an important consideration when equitably dividing marital property, because, like the marital residence, they it is often the largest marital asset the parties own.

This frequently makes it extremely difficult to offset the amount of money that one spouse stands to receive from his or her respective retirement fund (earned during the marriage) by awarding other marital property to the other spouse. Because courts like to maximize the value of all retirement and pension funds, it is normally preferable to avoid causing the withdrawal of the accrued monies, and leave the fund growing in the name of the working spouse. But, the problem is that sometimes there simply isn’t other marital property to award to the other (non-earning) spouse to compensate that spouse for the portion of the fund that is his or hers . For this reason, valuing and dividing retirement benefits should be one of the first issues contemplated. Now, on to some of the basics:

Is it true that my spouse is entitled to half of my pension?

How do you value the portion of the retirement fund that is considered “marital”?

In determining the portion of a pension or retirement plan that is considered a “marital asset” and subject to division between the parties, the court should calculate the ratio of the number of years the employed-spouse worked during the marriage to the total number of years he or she worked at the qualifying employment to earn the pension. Only the portion of the pension that was earned during the marriage is a marital asset, and the spouse of the employee is only entitled to a proportionate share of the marital asset.

Example – Employed spouse works 25 years to earn a vested pension of $100,000. 10 of these years were worked during the marriage. This equates to a 40% ratio, and only $40,000 of the pension is a martial asset. Because the division of marital property always begins with an equal division, the non-employed spouse would typically be entitled to $20,000 in this scenario.

No. Not directly, anyway. Social security retirement benefits are not considered to be a marital asset that is to be divided when a couple divorces. A court cannot distribute a portion of one spouse’s SS benefits to the other spouse directly. However, the court does consider the SS benefits when making an equitable division of retirement benefits overall – See Smith v. Smith (1993, Franklin Co) 632 N.E.2d 555 (“while not divisible as a marital asset, SS benefits must be considered when equitably dividing pension benefits”).

Yes. The law specifically related to state and federal retirement funds will be the subject of a later post. There are specific rules that govern certain public-forms of pensions, such as military pensions and State pension plans and deferred compensation plans. Those forms of retirement benefits are also impacted by specific federal and state statutes that must be consulted.

If you have a personal injury, Social Security, or VA Benefit issue please contact the Law Offices of John T. Nicholson and schedule a free consultation today! Please Call us at 1-800-596-1533 or fill out our contact form by clicking the button below. 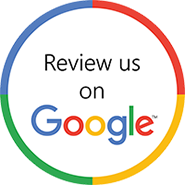